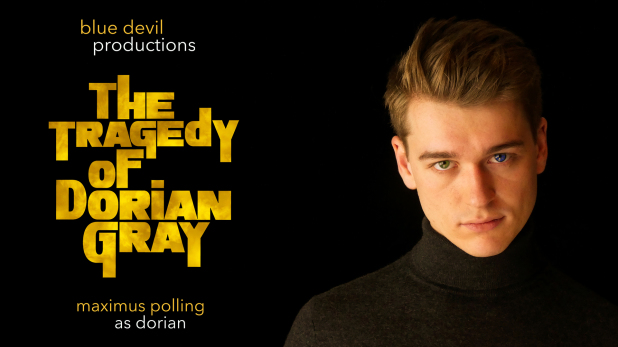 Maximus is from Brighton and has been acting since he was a teenager, originally for Brighton Little Theatre where he worked on The 39 Steps and Frankenstein. Followers of Blue Devil will recognise Maximus from his role as The Soldier in Apparatus. He has recently finished filming on A Hobbit, A Wardrobe and A Great War, where he played the young C.S. Lewis which is due to be released later in 2020. Maximus also recently played the role of Ben in Alan Aykbourne's GIZMO under the direction of Amanda Redman. 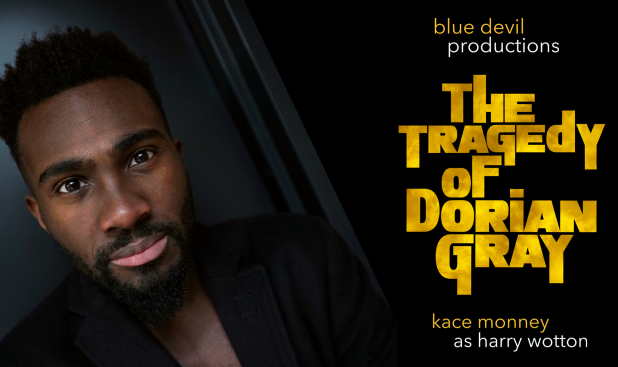 Kace is a graduate of Drama Centre London. He began his training on stage at Almeida Theatre spending several years performing and training as part of his early schooling & went on to build on this experience with time spent at the Young Actors Theatre & The Precinct Theatre. Kace is also co-writer, co-director and co-star of the surealist two-hander, The Luncheon which has received international acclaim and a nomination for the South East Dance Award at Brighton Fringe 2019. 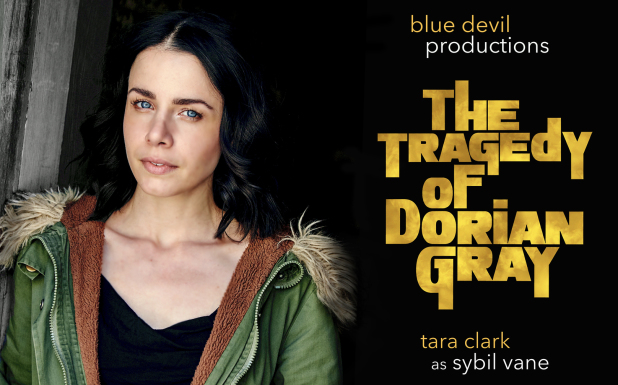 Tara’s career spans both the UK and Australia, where she played Tanya Crawley in the Australian premier of Jez Butterworth's Jerusalem, a production which earned 7 Sydney Theatre Awards nominations. Tara also writes, directs and produces and was recently invited to join the Women in Theatre and Screen (WITS) Committee. 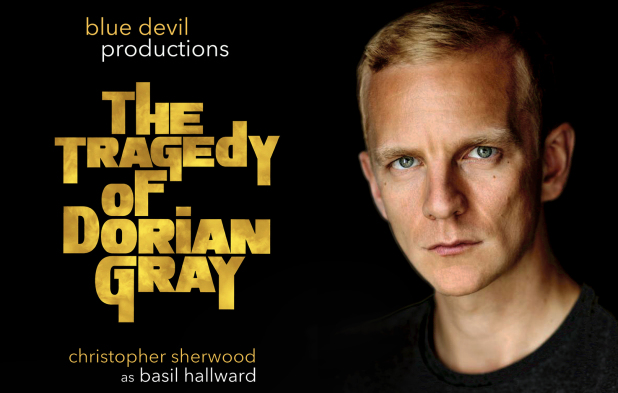 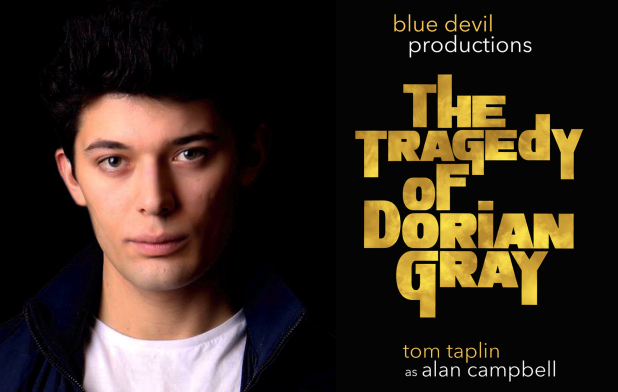 Tom is an actor-writer who graduated from Selwyn College, Cambridge in 2018, performing alongside the Footlights in their acclaimed annual Pantomime as part of his university acting career. Since then, he has worked extensively in London fringe theatre, including Elephant Steps (Arcola), A Little Princess (The Other Palace), Shackleton and his Stowaway (Cervantes), and as part of the company of The Bevin Boys (Pentameters), was nominated for a London Pub Theatres Award. He is also currently in rehearsals to play a WW2 Navy drag queen in Butterfly(VAULTS Festival). He makes his feature film debut this year as a supporting lead alongside Kelvin Fletcher in We Go in at Dawn (release March 2020), with two other features set for release later this year, Arthur & Merlin: Knights of Camelot (Picture Perfect Ltd) and Blue Abroad (University of Southern California). His first short film, The Tortoise, won Best Comedy at Ivy Film Festival, and has recently been nominated for 4 awards at Watersprite International Film Festival, including Best Fiction Short. He's thrilled to be bringing one of his favourite novels to the stage in Brighton this year. 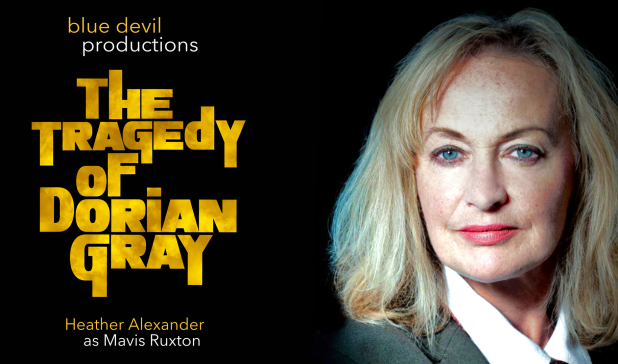 Heather is a highly experienced actor with credits ranging from The Kenny Everett show to an American tour of Shirley Valentine. Her career has seen her on stage in the West End in a multitude of shows, on TV and in feature films. In addition to her acting, Heather also finds time to co-ordinate the Hastings Theatre Fringe Festival and writes, directs and produces 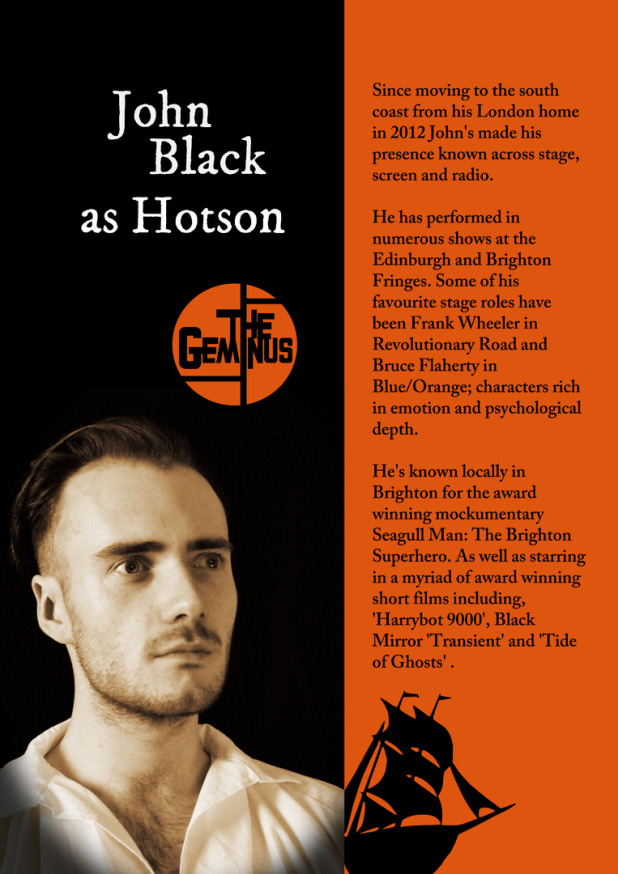 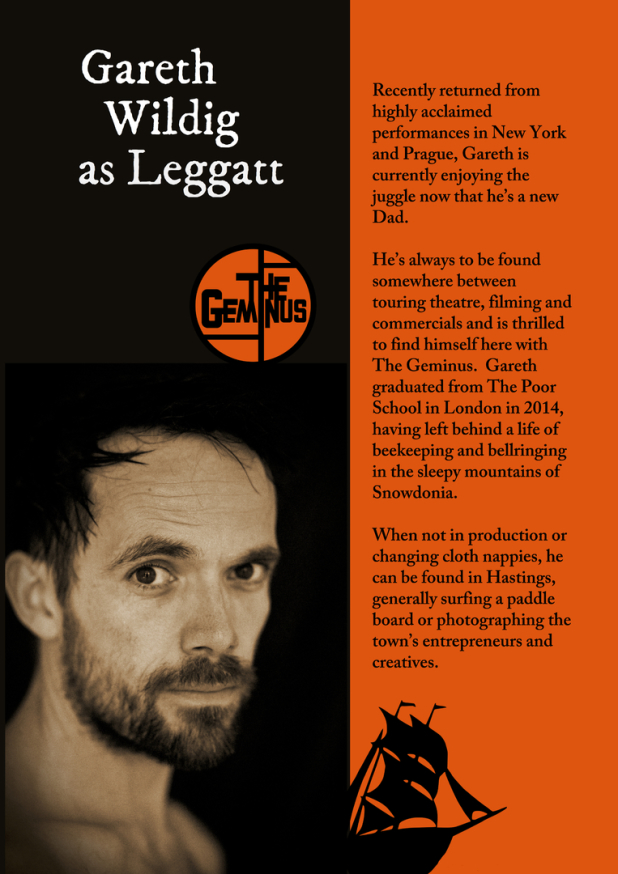 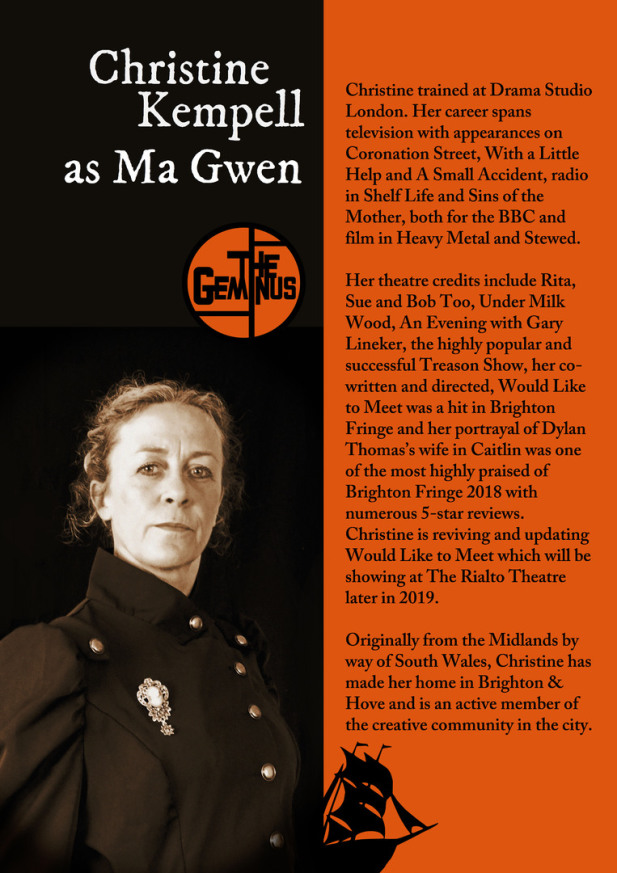 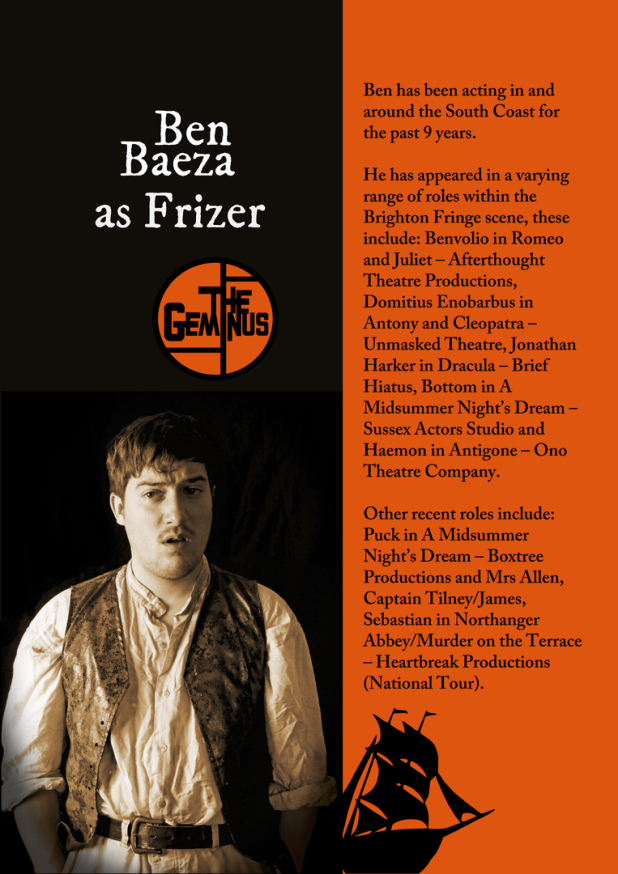 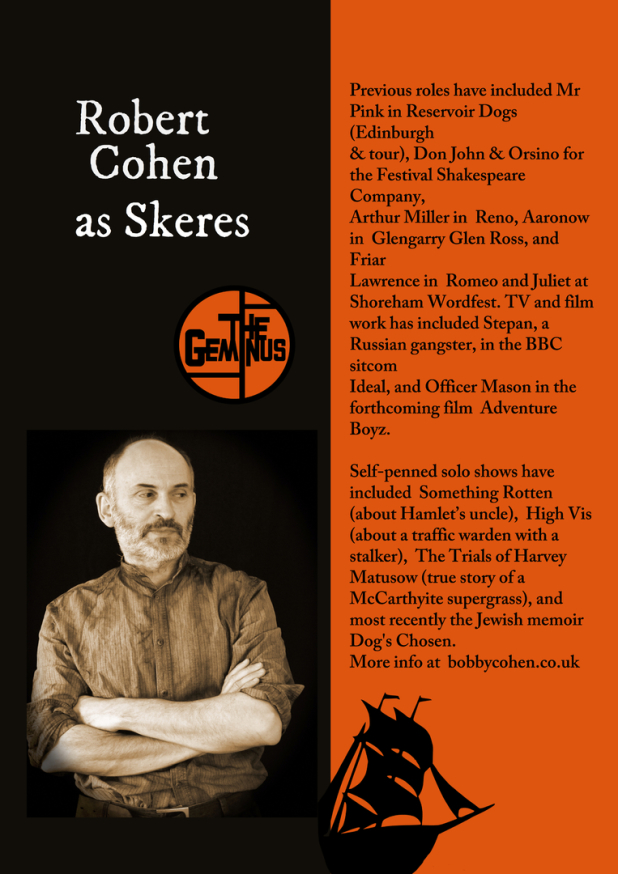 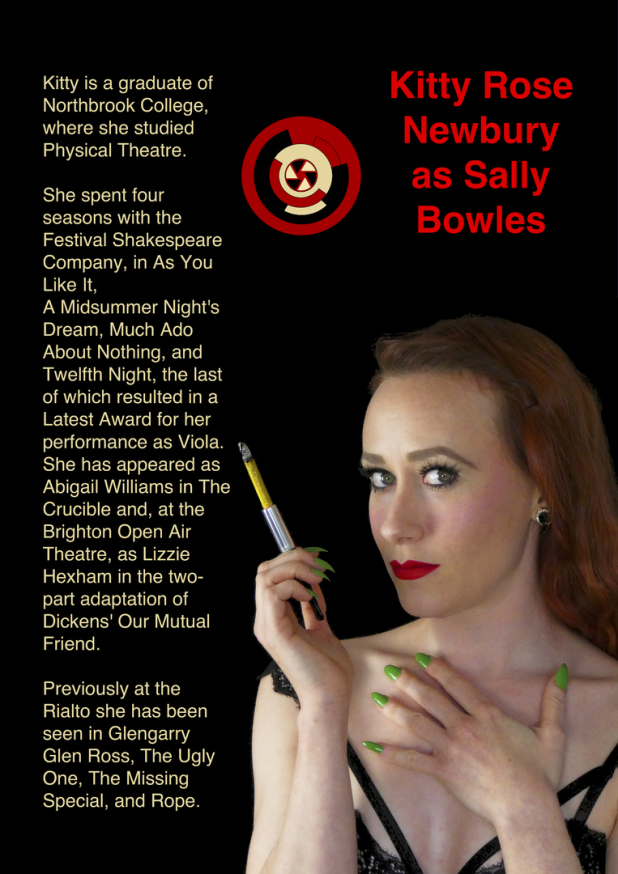 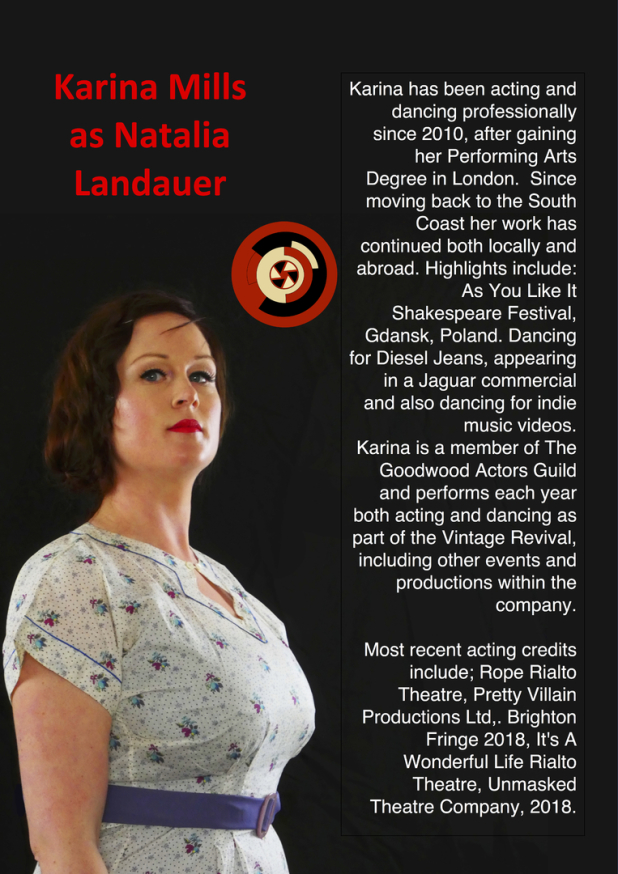 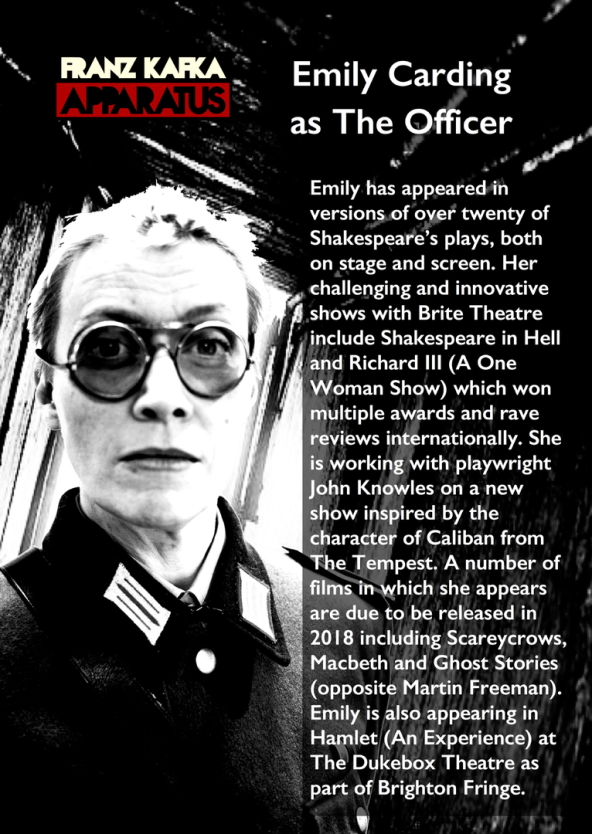 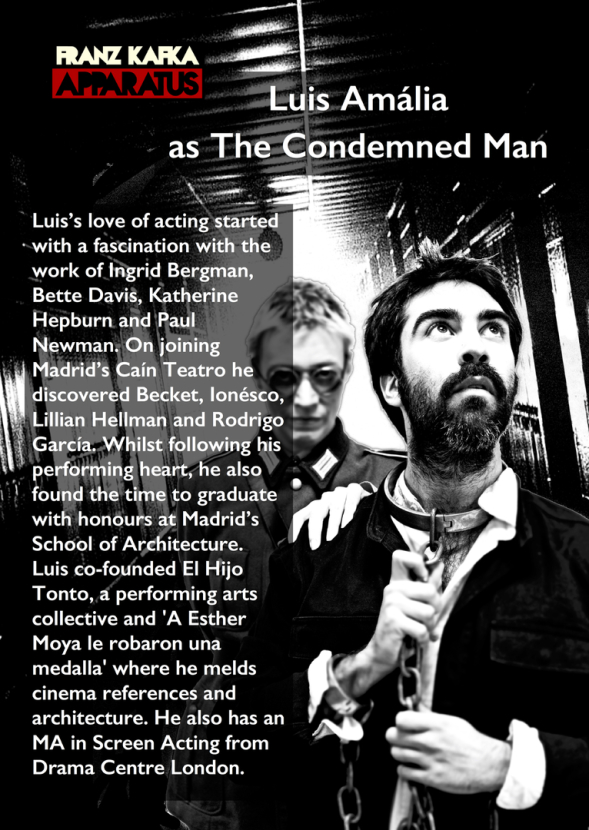 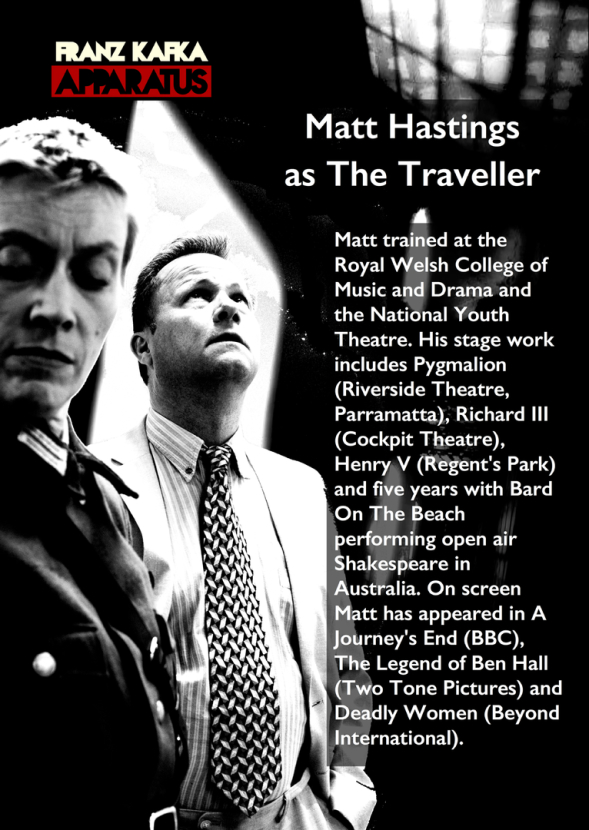 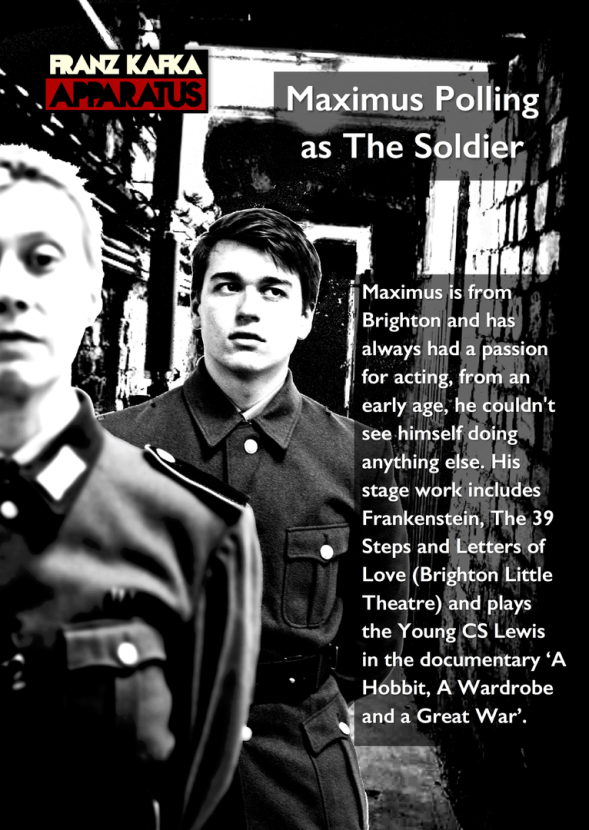 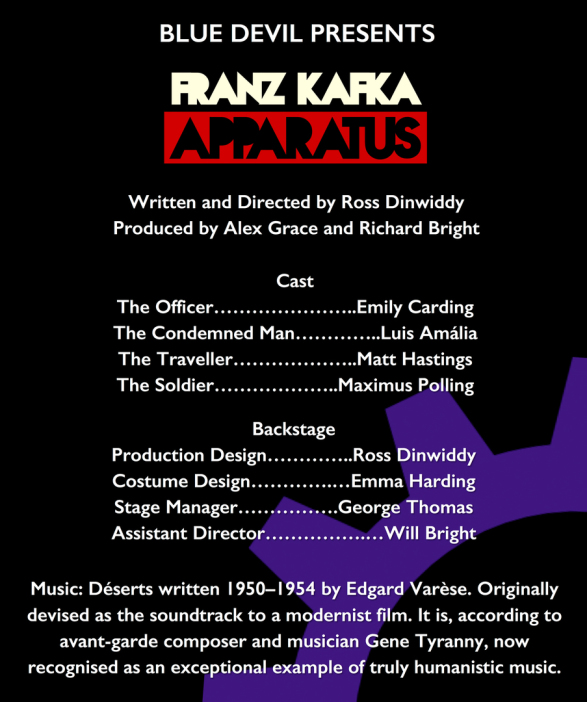 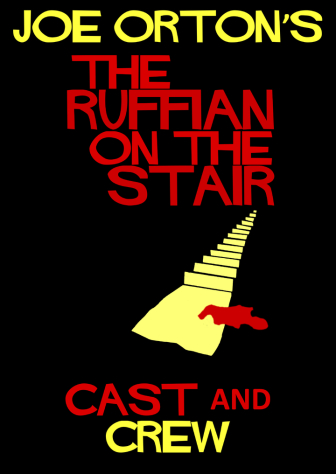 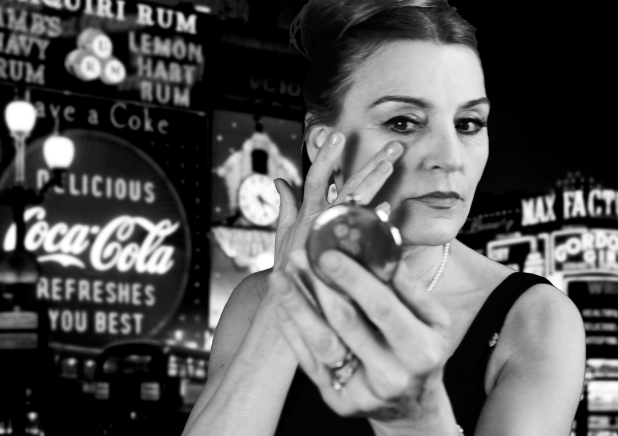 Kiki has toured extensively with Hull Truck Theatre ('Reunion', 'Fly Me to the Moon', 'I Want That Hair'). Other theatre credits include; 'My Beautiful Laundrette' (tour), 'The Woman who Cooked her Husband' (Winchester Theatre Royal), and award-winning 'Waiting for Hillsborough' (tour). She wrote, produced and appeared in 'Babooshka', 'Mutton' and ‘NEXT!’ for her own theatre company Liberated Theatre.

Kiki was awarded The Best Actress at the SoCal Film Festival for her role as Sarah in 'Frontman' and Best Creative: Actress and Writer at the Fringe Report Awards for 'NEXT!". Her play Babooshka won a Fringe First at the Edinburgh Fringe.

Kiki is currently appearing in the Young Vic's universally acclaimed 'The Jungle' at London’s Playhouse Theatre. 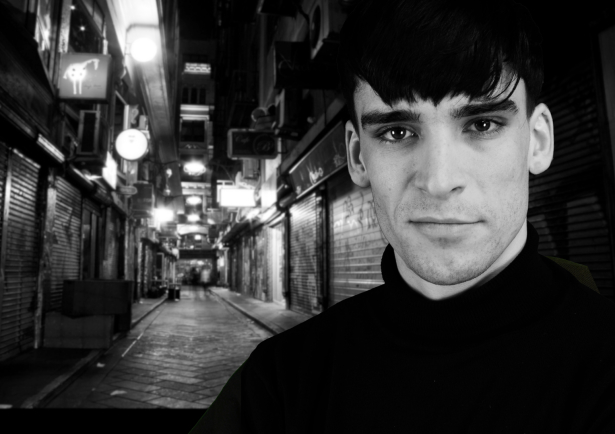 Elliott is a young actor from South East London. Since graduating, he has participated in three runs of 'Torn Apart (Dissolution), one at Brighton Fringe. It is due to be shown in July at The Hope Theatre in Islington. Elliott has a sharp passion for Shakespeare and physical theatre and has recently featured in Taylor Swift and Zain Malek's music video; 'I don't wanna live forever' and is currently rehearsing 'Road' by Jim Cartwright for 'The Bob Hope Theatre'. As well as acting, Elliott loves directing and producing films. Which led him to co-found 'Brainchild', a collective of industry professionals that produce films with experimental theatre rehearsals.

Since playing Wilson in Ruffian, Elliott has had a prominent role in an episode of 'Casualty' and recently finished in The National Theatre’s production of Polly Stenham’s 'Julie'. 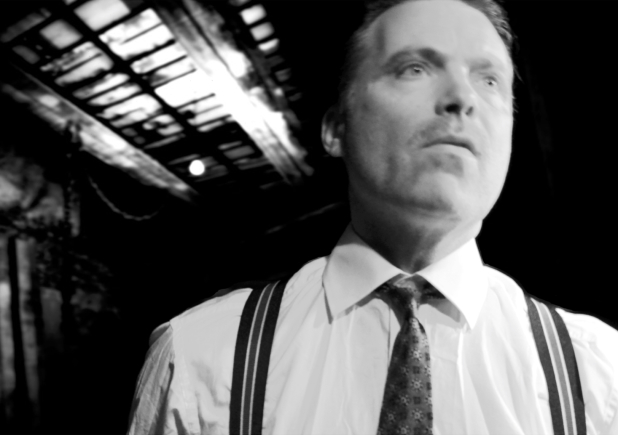 Television includes Fair City and The Cloning of Joanna May. 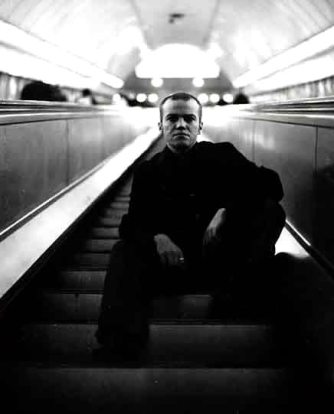 Ross directed our first theatre project, Joe Orton’s Ruffian on the Stair which became a critical and audience success, earning the company a Best Newcomer nomination at the Brighton Fringe Awards 2017. He followed this up by writing and directing Apparatus for Blue Devil, to 4 and 5-star reviews and was shortlisted for Best New Play at the Fringe Awards 2018. His play, The Geminus, a reinterpretation of Joseph Conrad’s The Secret Sharer was again shortlisted for Best New Play at the Brighton Fringe Awards 2019 and went on to receive 4 and 5-star reviews in both Brighton and London.

Originally from Wales, Ross has written and directed several films including The Last Stop & Modern Monsters. His work has been shown at many prestigious festivals internationally, including Toronto, San Francisco, Tokyo, New York & Sydney with The Last Stop premiering at the BFI South Bank to great reviews and a sold out NFT1. Subsequently there was a successful home video release.

Ross is currently working on his new play and Blue Devil’s next production, The Tragedy of Dorian Gray, expected to be on stage in May 2021. 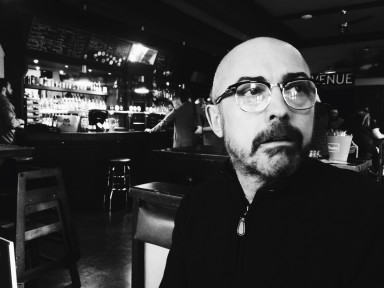 Rich worked as producer on the film, ‘Modern Monsters’. He first got involved with theatre and film whilst living in France where he translated several screenplays, scripts and advertising scripts into English.

A member of Blue Devil from the outset as co-producer, he originally planned and executed the advertising, promotional and marketing strategy for ‘Ruffian on the Stair’. In the summer of 2017, Rich took over as principal producer of Blue Devil and brought ‘Apparatus’ successfully to the stage. Very much a creative producer, Rich loves being involved in all aspects of production, from inception, through financing and casting, to being on-hand during the rehearsal stage. He has a passion for nurturing and facilitating the creative process so that the artists involved are concentrating on what they do best. Rich’s background in market research means he always keeps the needs of the audience at the forefront of all decision making whilst balancing this with the artistic ethos of the company.

Rich is in pre-production of Blue Devil's next production, The Tragedy of Dorian Gray.

Alex studied film and documentary production at the London College of Communication and has worked on a variety of campaigning films, documentaries, topical comedy shorts and podcasts including the Noemi Weiss’ feature documentary MILK, the hugely popular topical podcast No Pressure to be Funny and a series of films for the Justice Alliance Campaign to save legal aid. 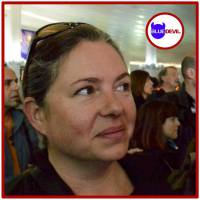 Hit the button to book now and watch until 5th June.

Get social with us.